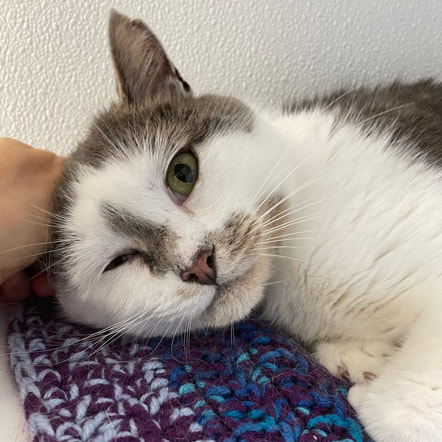 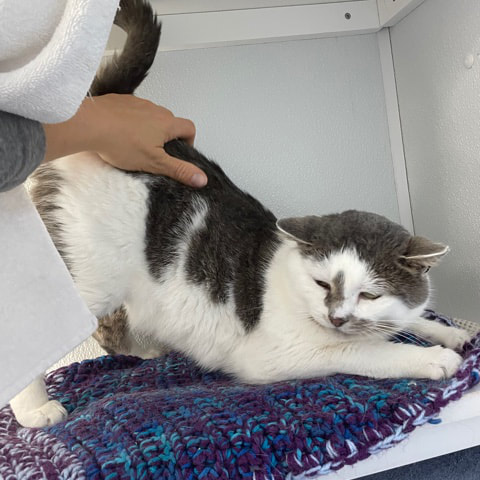 Now and then a cat comes along that has one of those faces and personalities that just tugs at your heart.  Your whole being resounds with “Awwwwwww”.  Your heart just melts and pours out love.  Bobbie is one of those cats.
​
He came to us from a farm in a neighboring town where the owners were concerned that he was harassing the resident cats.  But as we have gotten to know Bobbie, he is such a gentle, sweet, shy boy, it is hard to imagine him harassing anyone or anything.  He appeared quite withdrawn at first, maybe a bit worrisome, crouched as he was….but we took ourselves in hand, and reached out to pet and caress him...and he responded with full-throated purrs and head butts.  His body and soul just loved the human touch.  He has been that way ever since.
He is probably a boy who would do best as an only pet, in a quiet home, where his humans can give him lots of gentle love and attention.  He will be one of those all-time precious, foot-prints-on-your-heart furry companions.