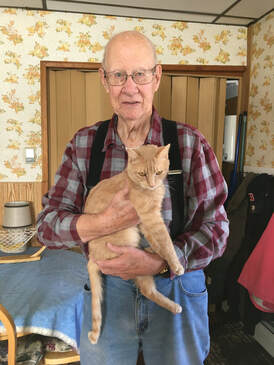 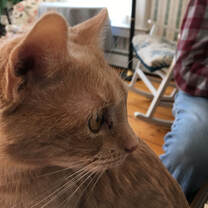 In Good Hands
by Julia Persch

​
Kind hands are healing. This came true for Pumpkin, a skinny, scabby youngster who fell into the best of hands.

When Pumpkin arrived at the Shelter in mid-September, his sight was somewhat shocking. He had bloody little sores all over his bony body and face, his sparse yellow fur was dull, and he was a shy, awkward little fellow, piercing one's heart with his antics, asking for pets and attention.
His fierce cat neighbor Nita quickly labeled him as a victim and enjoyed terrorizing him through his screen door. He would look at her, baffled, never retaliated, and even invited her shyly to play.

Our vet diagnosed him with a severe flea allergy that should have subsided shortly after he was treated with flea medicine, but Pumpkin continued to be itchy, uncomfortable and scratching himself bloody for many weeks.

Two months later, on November 12th,  a senior couple from St. Johnsbury, Harry and Margaret, decided to adopt gentle Pumpkin. Shortly after he went home with them, we heard that Pumpkin's skin health had already improved dramatically. 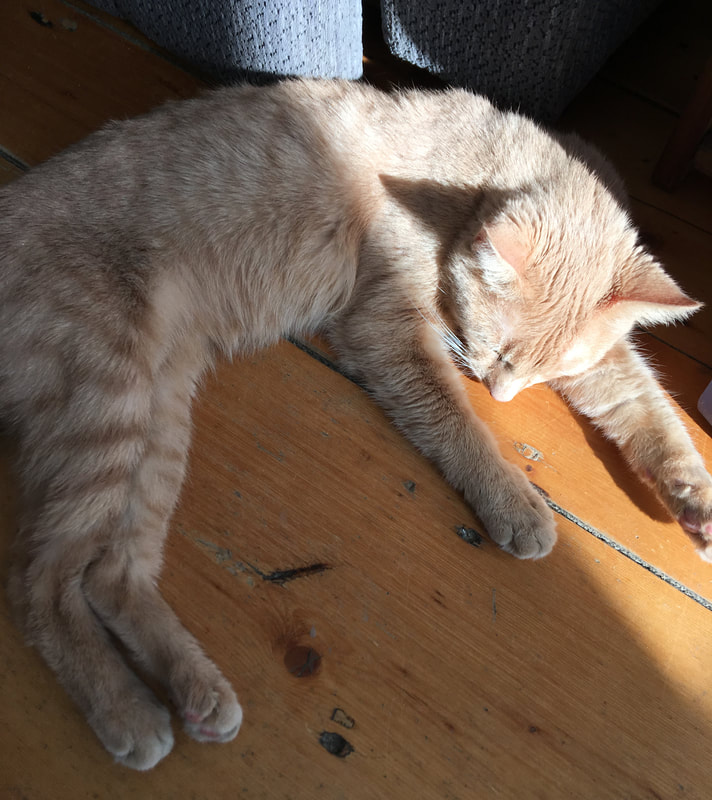 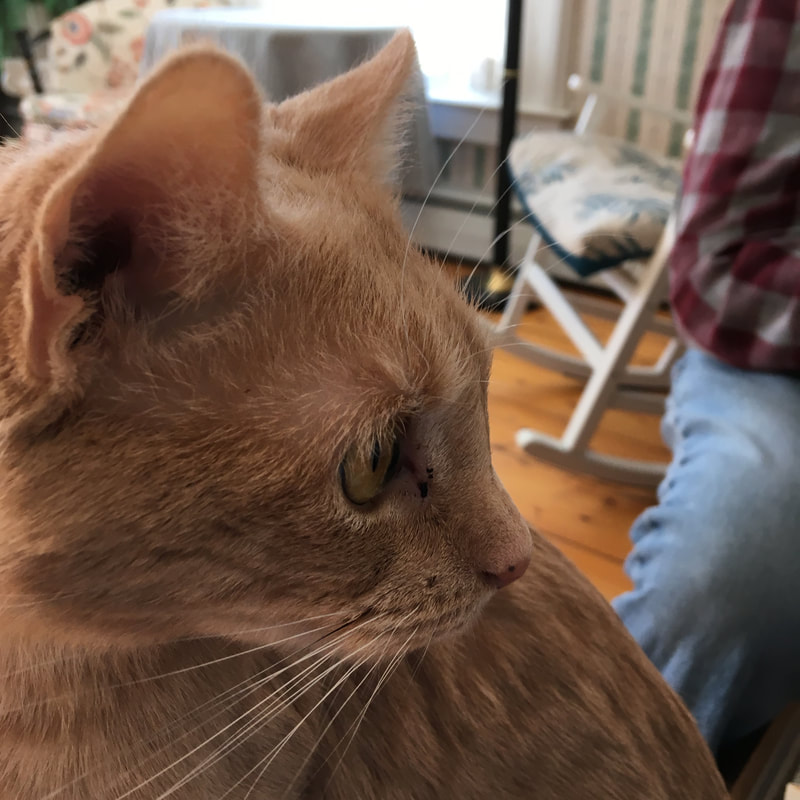 His adoption counselor Kathy wrote on January 28th:
"Hi Everyone - Back late fall Harry & Margaret adopted Pumpkin. Here are some pictures of this boy.  First, his skin condition has all cleared up and he looks wonderful. He is eating well.
They absolutely love this kitty, and he loves them. You should see the way he looks at Margaret when she talks to him! They commented they don’t know what they would do without him.
He loves sitting in their big windows and lounging in the sunshine as well as either sitting in their laps or on the back of their recliners.
He is a happy boy!  Warms my heart!"