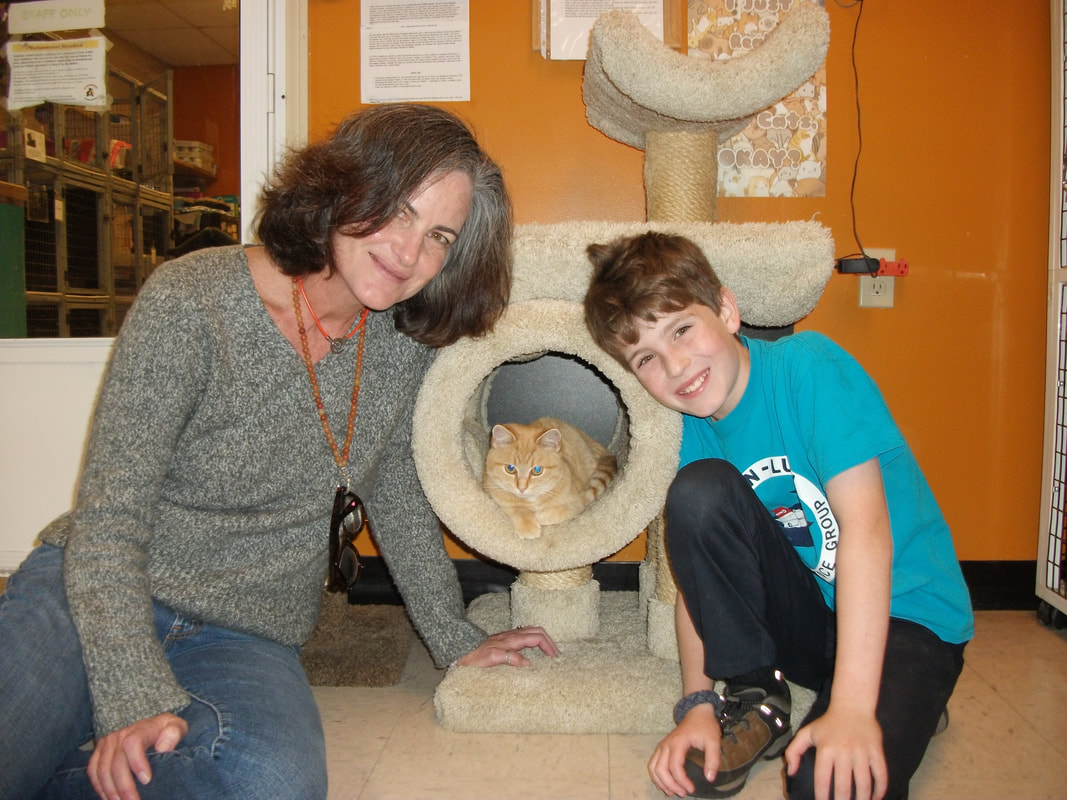 ​       Teagan Healy is ten years old. He is in the fifth grade. He has been volunteering at the Shelter for one year, with his mom, Robin Migdelaney. Together, they do Tuck In on Monday nights. In Teagan’s own words, “I LOVE it. I love cats….a whole ton. I get to take care of them, play with them. They are cute and fluffy...and I love to pet them”. Enthusiastic? You bet! Teagan
likes old cats, vocal cats, especially Maine Coon cats and Siamese cats that are old and vocal.
That’s what made him really fall in love with Heidi, an 18 year old Siamese feline fella, who
came to us needing lots of care and attention. Teagan wanted to foster him, to keep him safe
and comfortable. Unfortunately, Heidi doesn’t like other cats. And Teagan and Robin have two
cats. So, Heidi went to a different foster.

Teagan has some other favorite Shelter cats. He loved Cloe because she was older and looked helpless. He loved Myrtle because “she loved me and she was fluffy”. And he loved the triplets, the three black kittens, Larry, Freddie, and “Little Peter”. His favorite things to do for the cats is to feed them and play with them and change their water. His least favorite thing, for the moment, is changing the litter boxes.
Teagan has asked his Principal at school if they could do a fundraiser for Kingdom Animal
Shelter...a Crazy Hair Day. His Principal said yes. It will be in November and each person,
students and teachers, if they wish, will pay $1 to have “crazy hair”. 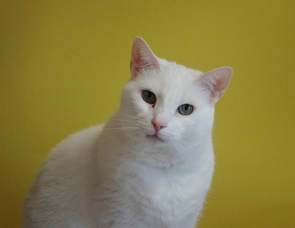 Teagan’s mom, Robin, began volunteering at the shelter in 2014. Robin says “I have more
time to give than money. Everyone can volunteer and should. They should step away from Facebook and get involved in volunteering”. Robin took a brief vacation from volunteering, and then, in talking with Teagan about the Shelter, they both agreed they would love to come back.  She wanted to teach Teagan about empathy….though it looks like Teagan has a lot of natural empathy. Sensitivity to older cats in need shows him to be a very sensitive young man.  Teagan and Robin have two kitties, Mr. Whisker, and Cinderella, who was adopted from KAS.  We are so grateful to Teagan and Robin for their love and enthusiasm for our Shelter kitties.